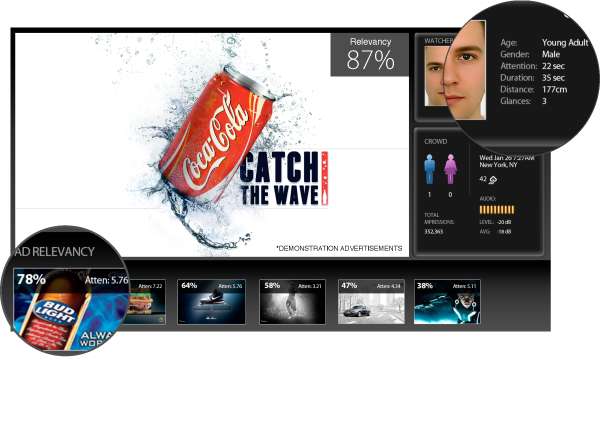 This company has developed a billboard that can show different ads based on who is passing by it at the time. The billboard consists of an LCD screen and a camera, which takes pictures of the audience and determines their gender, age and attention span to show an ad that is relevant to them. The software, which is built using open source technology, also takes into consideration factors like weather, time of the day and day of the week to show relevat ads. For example, you may see an ad for a soft drink on a hot day and an ad for coffee on a cold one.