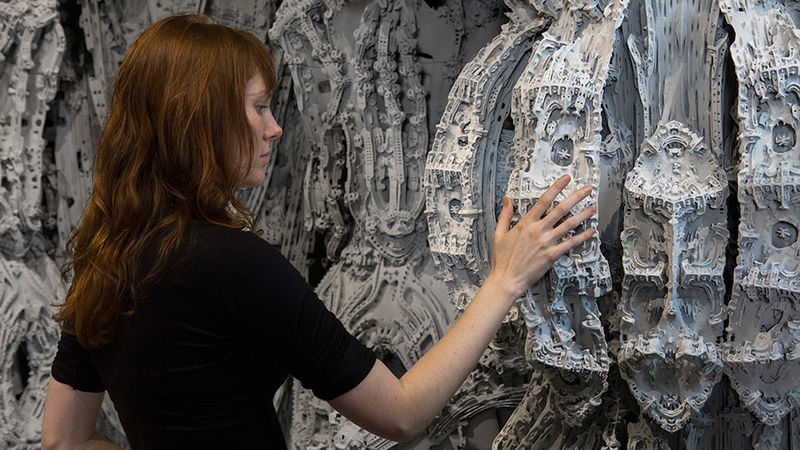 Joey Haar — April 11, 2017 — Art & Design
References: digital-grotesque & fastcodesign
Share on Facebook Share on Twitter Share on LinkedIn Share on Pinterest
In terms of processing power, computers are more adept than even thousands of human minds working in conjunction, and 'Digital Grotesque II' shows that, coupled with a physical outlet, computers can be more adept than thousands of human hands as well. The artistic piece, more sculpture than structure, is certifiably the most complex three-dimensional work ever created thanks to the use of a processing algorithm, a tremendously powerful computer, and a massive 3D printer.

Standing at 3.5 meters tall, Digital Grotesque II has 1.3 billion individual surfaces that create hundreds of square meters of surface area. To put that number into perspective, the seven-ton block of sandstone has a surface area comparable to that of Grand Central Station's Main Concourse. The designers were able to achieve such mind-boggling complexity thanks to customized algorithms: in fact, no aspect was created with manual human intervention (and indeed the complexity of the project would render such intervention futile.)

Digital Grotesque II was commissioned by and is currently on display at the Centre Pompidou in Paris.
5.9
Score
Popularity
Activity
Freshness
View Innovation Webinars