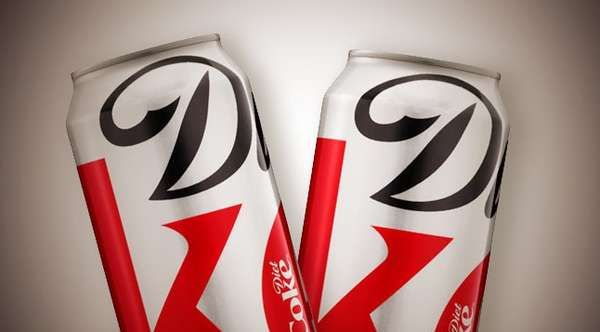 Vivian Lau — August 16, 2012 — Marketing
References: redpeak.tumblr & adage
Share on Facebook Share on Twitter Share on LinkedIn Share on Pinterest
The Diet Coke new packaging is the first time the second bestselling soda in America has changed its look in five years. Since 2010, when Diet Coke surpassed Pepsi to clench the number two spot, the brand has upped its marketing efforts to propel momentum.

Originally released as a limited edition version last year, the cropped version is now here to stay. Though the color scheme is still the same, the drink's new image is a zoomed-in portion of the original logo. What is interesting about the new can is that a huge 'ok' seems to the desired focal point (subliminal messages, anyone?). Otherwise, the redesign actually rings similar to what Starbucks did with its own logo overhaul, when they zeroed in on the Siren to give a cleaner, more minimalistic look.