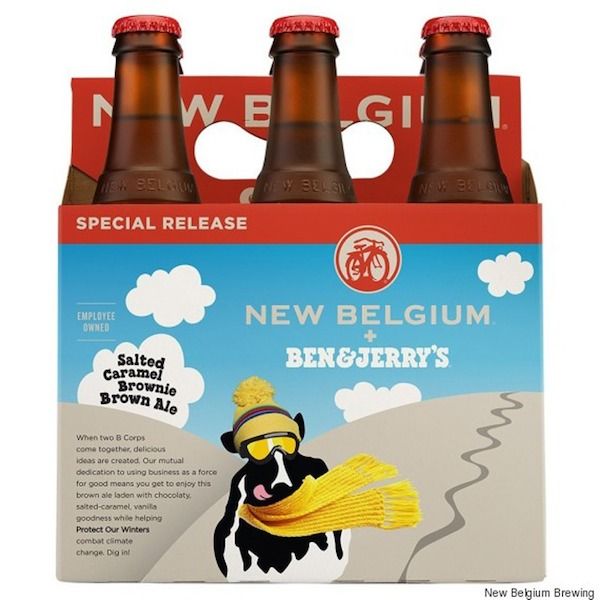 As the name suggests, the Salted Caramel Brownie Brown Ale is indeed made with a combination of salt, caramel, brownies and ale, resulting in a brew that contains 6.3% alcohol.

As well as definitely sounding like a hit for anyone who loves to consume anything and everything that Ben and Jerry's produces, the beer is helping to raise awareness for Protect Our Winters, an environmental organization that's on a mission to curb climate change on mountains. Set to launch in the fall of 2015, this inventive dessert beer flavor could be the start of a whole new ice-cream-turned-ale line for Ben & Jerry's.
2.1
Score
Popularity
Activity
Freshness
Get Trend Hunter Dashboard