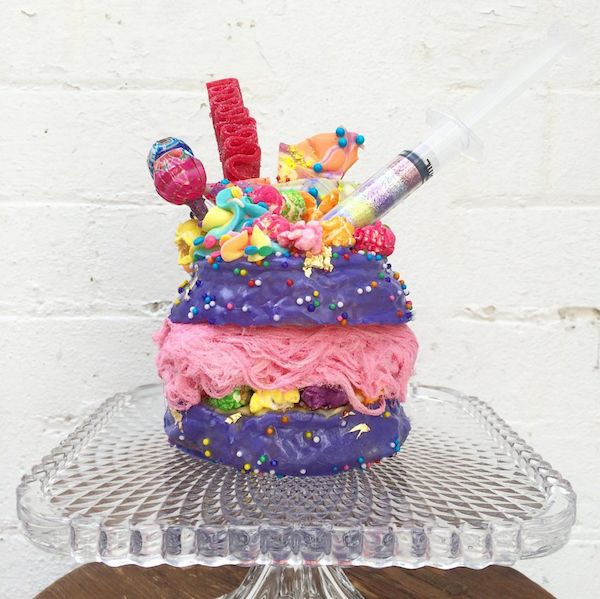 Meghan Young — March 8, 2016 — Lifestyle
References: doughnuttime.au & designtaxi
Share on Facebook Share on Twitter Share on LinkedIn Share on Pinterest
There are donuts, and then there are decadent donuts. That's exactly where these incredible creations lie on the spectrum. In fact, they look more like sculptures that something edible. Perhaps people will be loathe to eat them with this in mind. Yet the decadent donuts are not only meant to be eaten, but also created to help celebrate the first anniversary of Australian bakery Doughnut Time.

The bakery teamed up with 20 amazing donut artists to create a total of 120 one-of-a-kind decadent donuts (six each). It resulted "in a series of wild combinations that include ingredients such as nutella, churros, skittles, popcorn and more," as delightfully reported by Design Taxi. The sculptural desserts are worthy of this anniversary and more. Perhaps people will consider a donut cake from now on.
1.4
Score
Popularity
Activity
Freshness
Jeremy Gutsche Keynote Speaker

Elaborate Donut Sushi
The 'Will it Sushi?' Show Transforms Dunkin' Donuts into the Japanese Meal