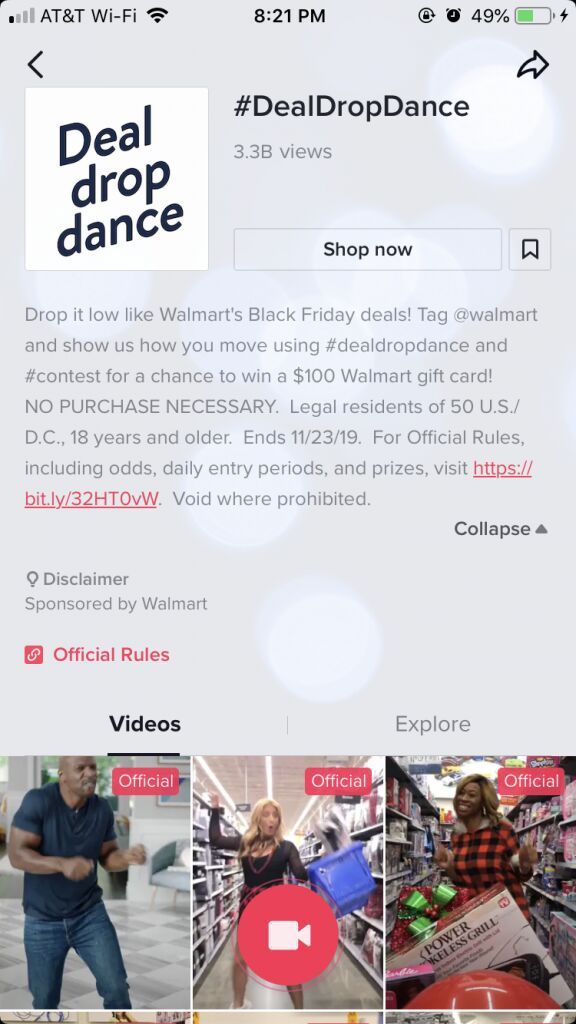 The campaign debuted for Black Friday and asked shoppers to showcase how the savings at the superstore made them "move" with the song 'Water Me' and the hashtags #DealDropDance and #contest. To promote the contest, Walmart featured beloved actor Terry Crews as its brand ambassador and also signed on six influencers including Montanatucker, dreaknowsbest, bdash_2, kidrl, kingcamo_1, OurFire.

The #DealDropDance hashtag challenge generated a staggering 3.6 billion views and showcased the brand's success on the platform. We can expect to see other large-scale brands begin using the platform more frequently.