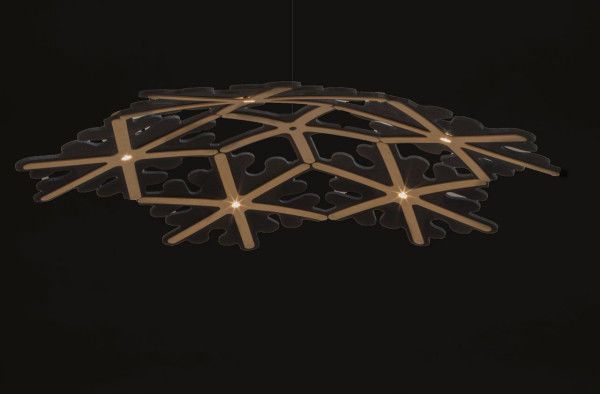 Each of these LED lights is created from multiple pieces of bamboo plywood that have been curved in order to create a smooth, cohesive and non-traditional shell shape. The lamp hangs from the ceiling and emits light through the various crevices that have been left ajar between slats of bamboo.

While the lamp looks like the shell of a turtle, the actual inspiration comes from the term 'diatoms.' The diatoms theme references the tiny creatures that reside on the lowest level of the food chain and remove mass amount of carbon from the atmosphere. The official unveiling of David Trubridge's lamp will take place at the 'Light+Building' exhibition in Frankfurt, Germany during the month of March.
2.6
Score
Popularity
Activity
Freshness
Get Better and Faster