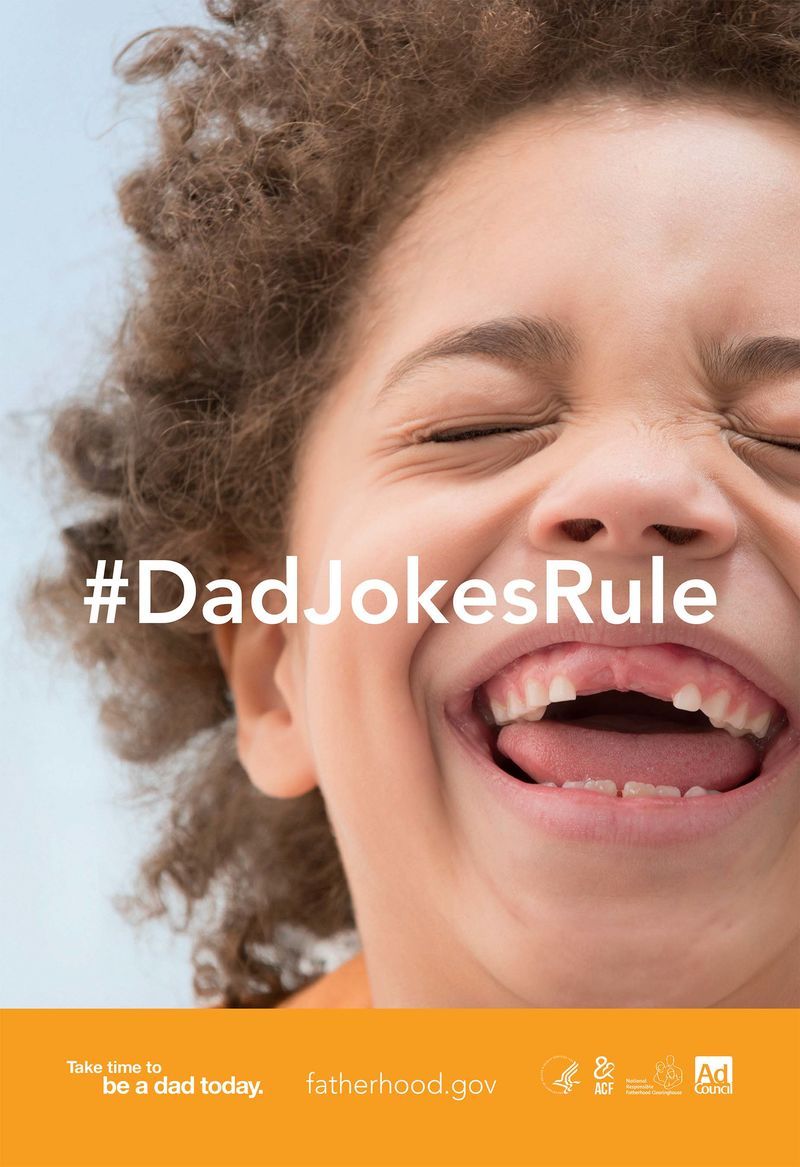 These Humorous PSAs Highlight the Importance of a Father's Involvement

The dad jokes are included in both print ads and a minute-long commercial, which shows kids reciting the lame lines and chuckling to the camera at them. By showing just a small portion of what a father's relationship with their child might involve, the PSA communicates the importance of spending time with one's children, in any capacity that they can, as these moments have the potential to make a large and positive impact.

The simplistic print ads show children laughing, along with the campaign name, #DadJokesRule, included. The ads direct viewers to the fatherhood.gov site, where they can find "helpful tips, tools, information and jokes to help them get more involved with their kids."