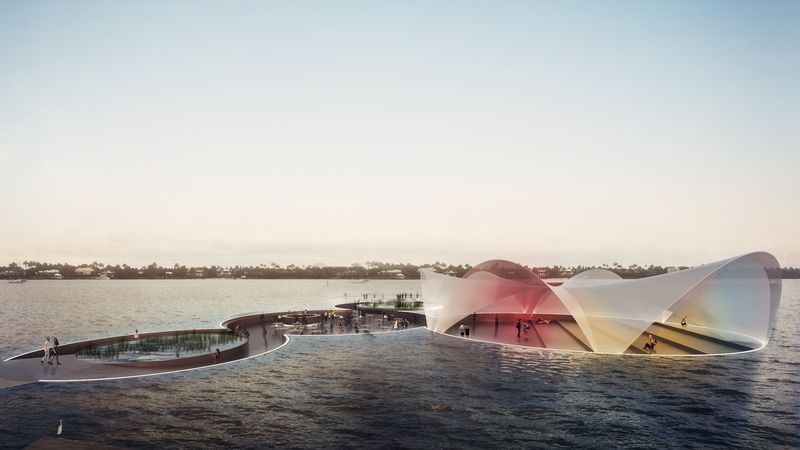 Joey Haar — November 3, 2016 — Art & Design
References: carloratti & dezeen
Share on Facebook Share on Twitter Share on LinkedIn Share on Pinterest
In a proposal for West Palm Beach's Currie Park, architecture firm Carlo Ratti Associati has envisioned a floating plaza off the coast of the city's waterfront. The complex would be entirely in the ocean, with a pedestrian path leading out to it, and it would include housing, retail, and leisure space throughout its 19 hectares of space.

More than just an elaborate dock, the Currie Park concept includes large portions that are partly submerged beneath the surface of Lake Worth Lagoon, the channel that separates West Palm Beach from Palm Beach. These partially submerged volumes would be constructed in the same fashion as an underwater vessel, albeit without ever diving below the surface.

The plaza's buoyancy would be regulated by a series of air chambers that fill with and release water depending on the amount of people on it -- similar to ballast systems on submarines.
4.9
Score
Popularity
Activity
Freshness
Get the 2023 Trend Report FREE