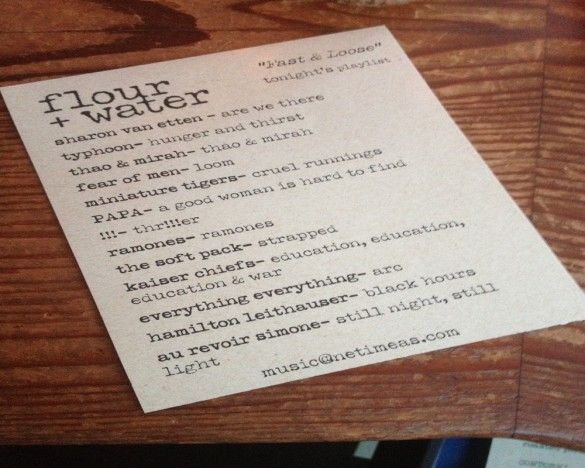 Alyson Wyers — September 30, 2014 — Lifestyle
References: netimeas & psfk
Share on Facebook Share on Twitter Share on LinkedIn Share on Pinterest
San Francisco restaurants are introducing curated playlists compiled to match their varied menus. The Ne Timeas Restaurant Group owns three restaurants in the Bay Area: Flour + Water, Central Kitchen and Salumeria. They give out musical programs so patrons know what they are listening to while they eat, in addition to the standard food menu, drink list and dessert offerings.

The atmosphere-creating selection comes from the Ne Timeas music directors. Each restaurant has a different vibe, which the curated playlists reflect. Though other eating establishments also carefully choose the music they play, Ne Timeas plays full albums and informs their diners the order in which they hear them. Earlier customers could be listening to something quite different than those who come in later in the night, so it's an important distinction.
2.6
Score
Popularity
Activity
Freshness
Access Advisory Services