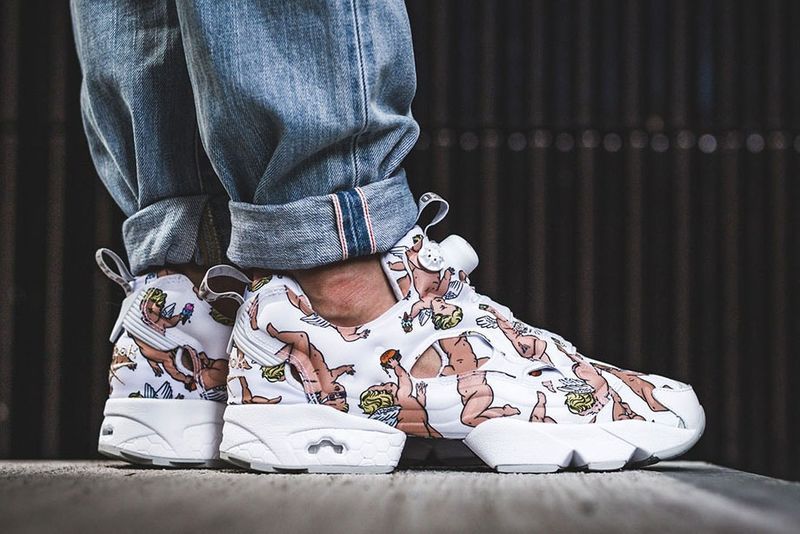 Unlike the goldfish sneakers, these Reeboks are mostly white, giving the tanned skin of the tubby winged babies who decorate them some contrast. Although the romantically themed characters are usually pictured with hearts and a bow and arrow, Reebok's version shows the infants with ice cream, burgers, and other fast food staples.

Like other versions of the Instapump Fury silhouette, the Cupid-print sneakers feature cut-outs all over the uppers, plastic accents on the tongues, and the brand's name and logo in cream-colored embroidery on the backs of the heels.
5.7
Score
Popularity
Activity
Freshness
Jeremy Gutsche Keynote Speaker