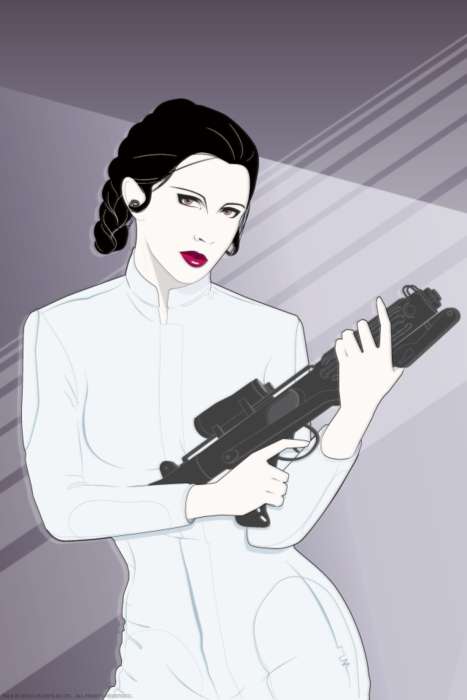 Jason Soy — August 13, 2012 — Pop Culture
References: ltdartgallery & m7781.tumblr
Readers may mistake these illustrations for the work of Patrick Nagel, the popular ‘80s artist behind the infamous Rio album cover for Duran Duran, but in actuality, they’re the latest creations of Craig Drake. Drake channels a near identical visual style to the late artist, from Nagel’s signature alabaster skin to making all subjects’ hair jet black. Drake does differs from Nagel in that he renders modern science fiction characters rather than Playboy models. If you’re looking for paintings of Princess Leia or Padme Amidala in an ‘80s style, Drake is your man.

It’s also worth noting that Craig Drake most likely chose to render characters from TRON and Star Wars because of their neon lighting effects, which are also a staple in Nagel’s work. There truly is no greater form of flattery than imitation.