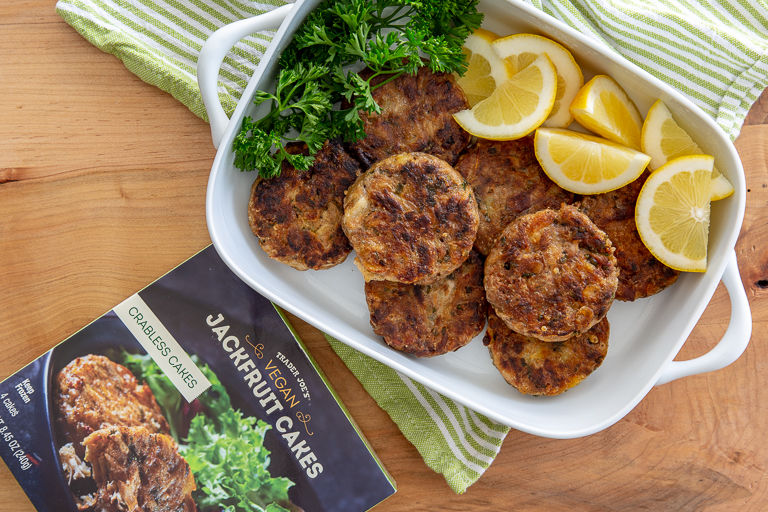 Trader Joe's Created a Variation on "Crabless Cakes" with Jackfruit

Jackfruit is known for its meat-like texture and ability to take on flavors and seasonings, which has turned it into a popular meat substitute in restaurants, packaged foods and plant-based recipes. Trader Joe's has experimented with jackfruit before in products such as its Yellow Jackfruit Curry with Jasmine Rice.

The Jackfruit Cakes, an entirely plant-based seafood alternative, are prepared with a base of shredded jackfruit and tapioca starch, potato, green onions and celery salt-infused seasoning. When it comes to serving the small, savory cakes, Trader Joe's recommends sharing them as appetizers, pairing them with entrees or even using them to replace other ingredients in recipes like the English muffin in Eggs Benedict.
3.9
Score
Popularity
Activity
Freshness
Jeremy Gutsche Keynote Speaker