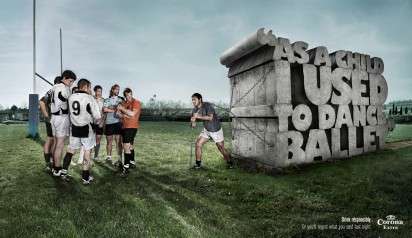 Meghan Young — April 12, 2011 — Marketing
References: jwt & ibelieveinadv
Since car accidents and other traumatic consequences related to drunken nights are as effective in ad campaigns as a picture of diseased lungs on a cigarette box, the Corona Beer 2011 campaign is taking another route. Instead of focusing on the physical, it focuses on the emotional as stated in their slogan, 'Drink responsibly. Or you'll regret what you said last night.'

It was art directed by Juan García-Escudero and copy written by Jaime Chávarri. Unfortunately, the talented photographer behind the Corona Beer 2011 ad campaign is currently unknown.
4.1
Score
Popularity
Activity
Freshness