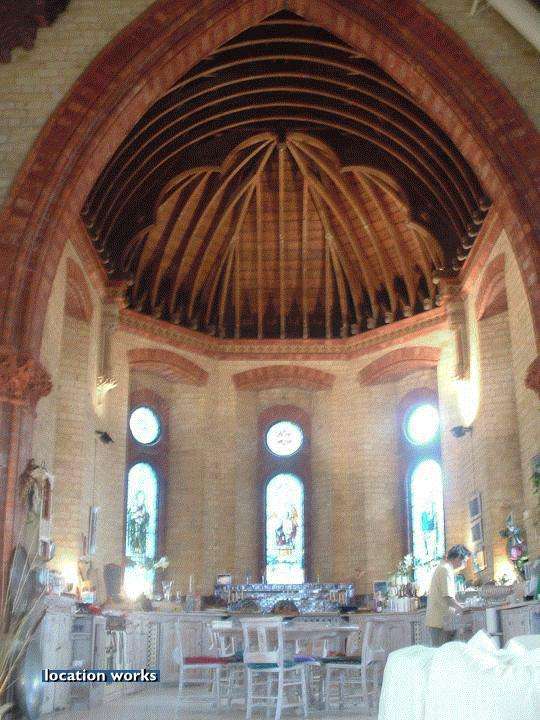 The richly historic architecture of these U.K. buildings makes for a fascinating framework for modern design. Notable features include old beams, arches and pointed ceilings as well as very unique windows.

Featured in the gallery is an opulent 18th century church situated in Lincolnshire in an area that looks like farmland, the beautiful brick building contrasted against the vast fields dotted with hay bails. Above the kitchen and dining nook, the ceiling extends upwards into an elaborate dome; the bedroom is loft-like, with drapes cascading down from the wooden booms, fastening at each side of the bed's head.

The second is a converted chapel in Suffolk with classic touches such as stained glass windows and dark brown arches and beams running along the crisp white walls. The bedroom is truly fascinating, the foot of the bed extending toward the center of a circular room, the white walls of which are lined with multi-colored stained glass windows.

The interior of the 19th century open plan converted church resembles a modern loft in its spacious design. There seems to be a theme with having white walls and dark wood floors and exposed beams, as this beautiful home features those same traits. From the inside you would have no idea this was a church if it weren't for the peculiar windows. The bathroom, for example, is so nouveau, you'd never think the black slate tiled room was the interior of a former holy building.

LocationWorks.com features several other extraordinary converted churches worth checking out.