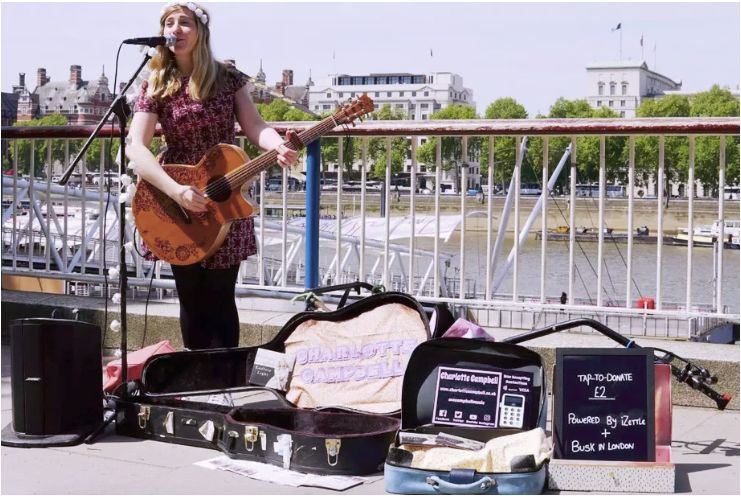 Justin Lam — May 29, 2018 — Art & Design
References: straitstimes & theverge
Share on Facebook Share on Twitter Share on LinkedIn Share on Pinterest
Society is becoming increasingly cashless and the humble street performer is now the latest part in a cashless society as London launched the first scheme for contactless busker payments. The project was officially launched in late May 2018 by the city's mayor, Sadiq Khan, and was developed in collaboration with Busk London and iZettle, a Swedish payment firm. The contactless busker payments initiative will begin its rollout with a few select performers, who will all be equipped with iZettle’s contactless readers and will be spread out across London's 32 boroughs.

The iZettle readers will need to be connected to a smartphone and will accept payments of fixed amounts set by the performer. The system will work with all contactless cards, phones and even smartwatches. The contactless busker payments systems are currently being given to select performers, but there has been no news on how all buskers can get their hands on the system.