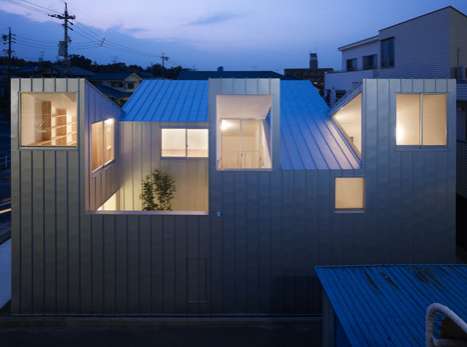 The Complex House by Tomohiro Hata Appears to Have No Rear

But it isn't a mirrored symmetry that makes this a cryptic question, because this Nagoya, Japan dwelling is not exactly balanced. There's a playfulness to the way in which the structure has been composed, placing alternating pitched roofs and unexpected fenestration along the two opposite facades.

Where windowing, approach and orientation can often act as clues to uncovering the front of a home, it seems that this aspect is insignificant to understanding the project. Few of the aforementioned criteria make a good case to place one elevation as face of the rest, giving the Complex House by Tomohiro Hata an utterly unconventional arrangement.
5.9
Score
Popularity
Activity
Freshness
Get Better and Faster