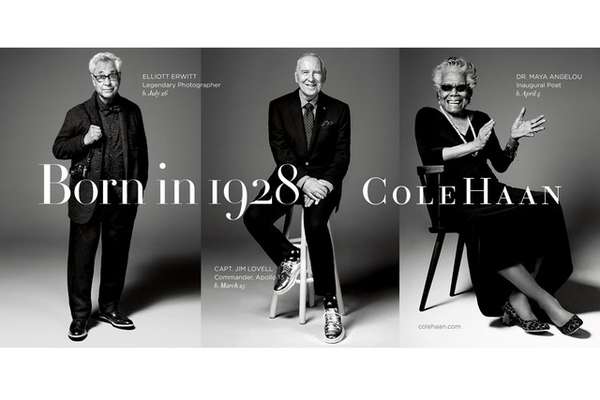 To properly commemorate the event, the ad campaign that will be running to celebrate the anniversary will feature influential people, who are also 85. The people who are the subject of the ads include Dr. Maya Angelou, Capt. Jim Lovell and Elliott Erwitt. Some names are more recognizable than others, but all featured are incredibly accomplished individuals.

The ads are done in black and white photography and there is nothing fussy about the spread. The focus is strictly on those being featured, and the Cole Haan anniversary. Fittingly, the name of the campaign is 'Born in 1928.'

Here's to hoping that Cole Haan sees at least another 85 years.
2.1
Score
Popularity
Activity
Freshness
Get Better and Faster