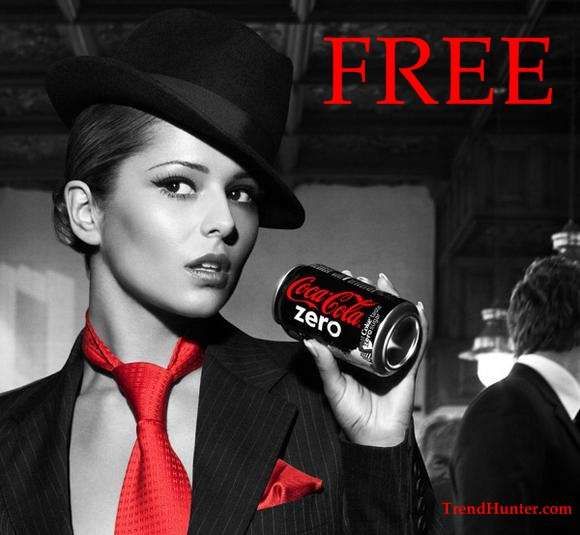 Ayman — July 6, 2008 — Autos
References: CokeZero & news.moneycentral.msn
Share on Facebook Share on Twitter Share on LinkedIn Share on Pinterest
Coca Cola is treating any U.S. resident above the age of 13 years to a free 20-ounce bottle of Coke Zero. The â€œTaste of Victoryâ€ promotion is a celebration of the Coke Zero 400 win by one its 13 sponsored drivers. And we have Kyle Petty to thank for this free soda.

In order to claim your Coke Zero, you need to visit their portal through July 13 and follow the instructions to receive a coupon for the free 20-ounce bottle.

In addition to the free drinks, Coke Zero will donate $1 to the Victory Junction Gang Camp charity on behalf of the first 10,000 people who request a free coupon.

â€œWe were really rooting for one of our drivers to get to Victory Lane and deliver a taste of victory to people across the U.S.,â€ said Bill Kelly, senior vice president, Coca-Cola Brands, Coca-Cola North America. â€œIn the end, it was a great race and that's reason enough to follow through with our offer to give away free Coke Zero and to continue our support of Kyle Petty's Victory Junction Gang Camp.â€

The 2008 Coke Zero 400 Powered by Coca-Cola is the 18th race of the 2008 NASCAR Sprint Cup season, marking the official halfway point of the season. it was held at Daytona International Speedway in Daytona Beach, Florida.

When Coke Zero is not giving away free drinks, it is giving us fantasy break up shags: