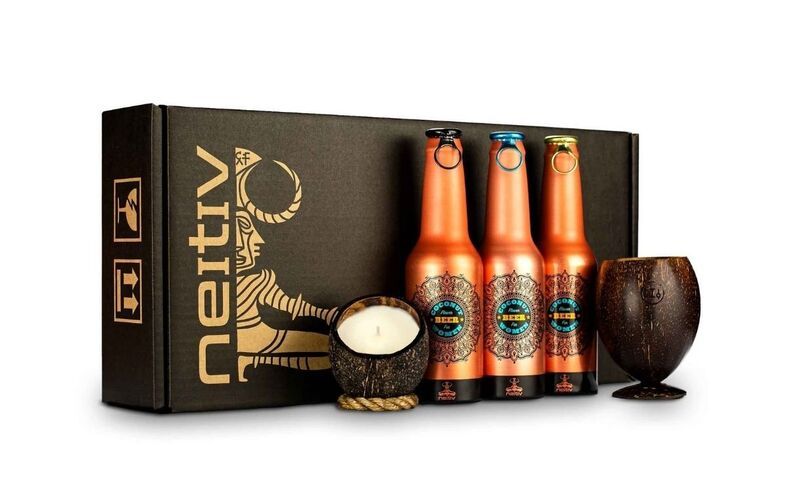 The Neitiv Coconut Flower Beer is High in Nutrition

Michael Hemsworth — October 13, 2021 — Marketing
References: neitiv.uk & foodbev
Share on Facebook Share on Twitter Share on LinkedIn Share on Pinterest
The Neitiv coconut flower beer is being launched by the UK-based brand to provide consumers with a sustainable beer alternative that doesn't skimp when it comes to flavor and function. The beer is crafted with a premium British lager that has been paired with coconut flower drops, which adds in additional nutrients, protein and amino acids. The vegan-friendly beer is low in calories and reportedly contains more than 20 minerals while also being low on the glycemic index.

Co-Founder of Neitiv Vaani VetriKo spoke further on the new Neitiv coconut flower beer saying, "As a woman from Malaysia, growing up I learnt that drinking beer was frowned upon and something I wasn’t able to enjoy. Neitiv was created to empower all people to enjoy great-tasting beer. As part of this, we’re supporting projects such as All Yours Period Poverty as we want to enable people in all areas of their lives. We have exciting plans for the future with new product launches and support for more projects that help to empower all people.”
6.6
Score
Popularity
Activity
Freshness
View Innovation Webinars