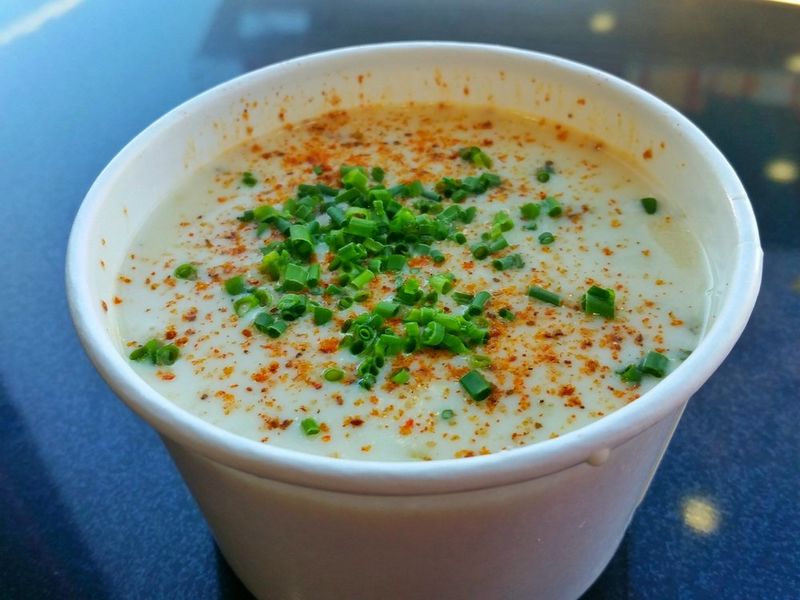 Laura McQuarrie — March 11, 2016 — Lifestyle
References: yelp & ocweekly
Share on Facebook Share on Twitter Share on LinkedIn Share on Pinterest
In addition to clam being a star ingredient in its take on clam chowder, Roe Seafood's dish features a spicy twist from hatch chile peppers. The spicy, creamy 'Clam Chowdah' enriched with a variety of other fresh additions from the garden, including celery, potatoes, onions, leeks and an assortment of herbs.

Hatch chiles are said to be like a crossover between a jalapeño and a poblano pepper that offer a great taste, texture and an intensity that can be controlled by the use of its seeds.