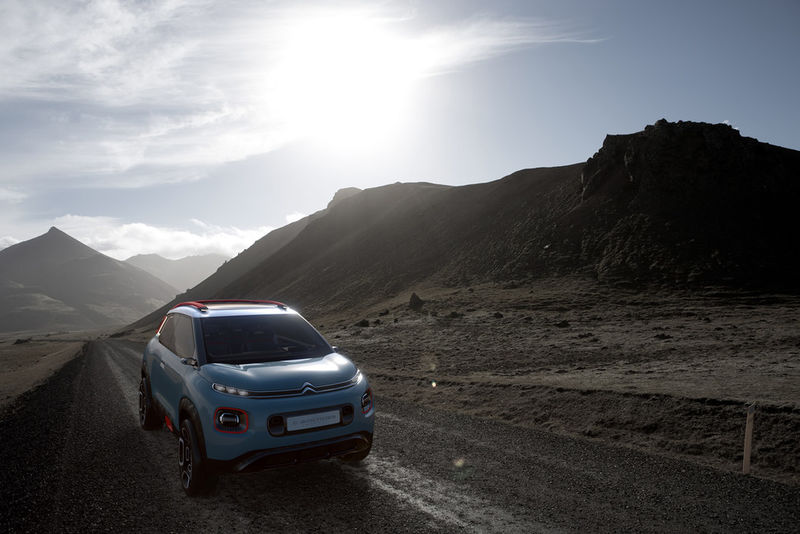 The Citroen C-Aircross Hints at the French Automaker's Design Future

Joey Haar — February 8, 2017 — Autos
References: digitaltrends
Share on Facebook Share on Twitter Share on LinkedIn Share on Pinterest
Many North American consumers might not be very familiar with Citroen, the popular French automaker, but the new Citroen C-Aircross has the potential to spread the brand's influence across the pond. That's because the concept vehicle features some technological and material features that, while futuristic, are actually likely to make an appearance on upcoming production models.

Even a quick glance at the vehicle reveals some interesting designs. Citroen has always separated itself from competitors through baffling yet attractive design quirks, and the Citroen C-Aircross is no exception. On the exterior, it features a thin grille that's embedded with LEDs, some stylized fake exhaust ports along the side runners, and geometrical rims. On the interior, the car looks even more futuristic, with a heads-up display replacing the dashboard and deep bucket seats.
4
Score
Popularity
Activity
Freshness
Access Advisory Services