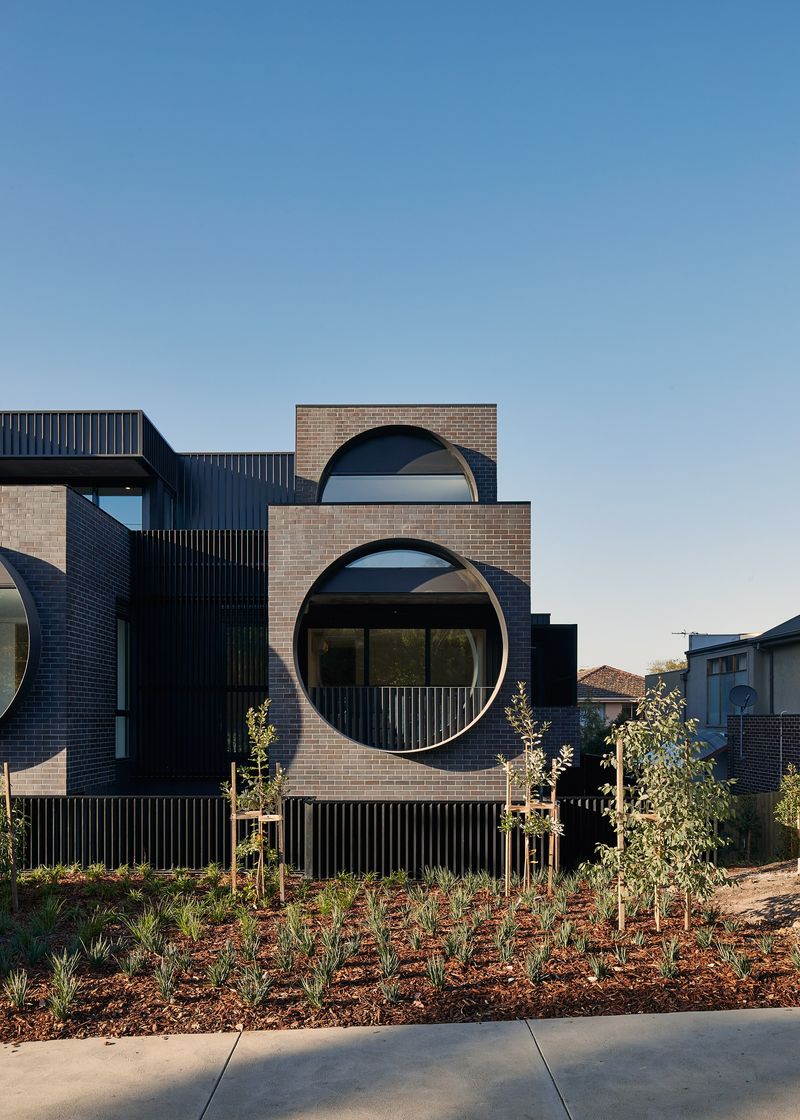 Joey Haar — August 15, 2017 — Art & Design
References: b-k-k.au & dezeen
Melbourne is a sunny city, and the Cirqua Apartments residences take advantage of that natural characteristic with more than just standard windows. In order to bathe the apartment units in sunlight, BKK Architects, the studio behind the apartments, designed each unit with a massive circular window reminiscent of a porthole on a ship.

Another of Melbourne's notable features is that the Australian city's coastline curves around a bay, giving residents from all over excellent views of the surrounding Pacific Ocean. Inspired by that seafaring spirit, BKK chose to go for a nautical look when designing Cirqua Apartments, making it feel as though each resident is the captain of their own ocean vessel (a notion aided by the segmented, cubic volumes for each unit.)
2.2
Score
Popularity
Activity
Freshness