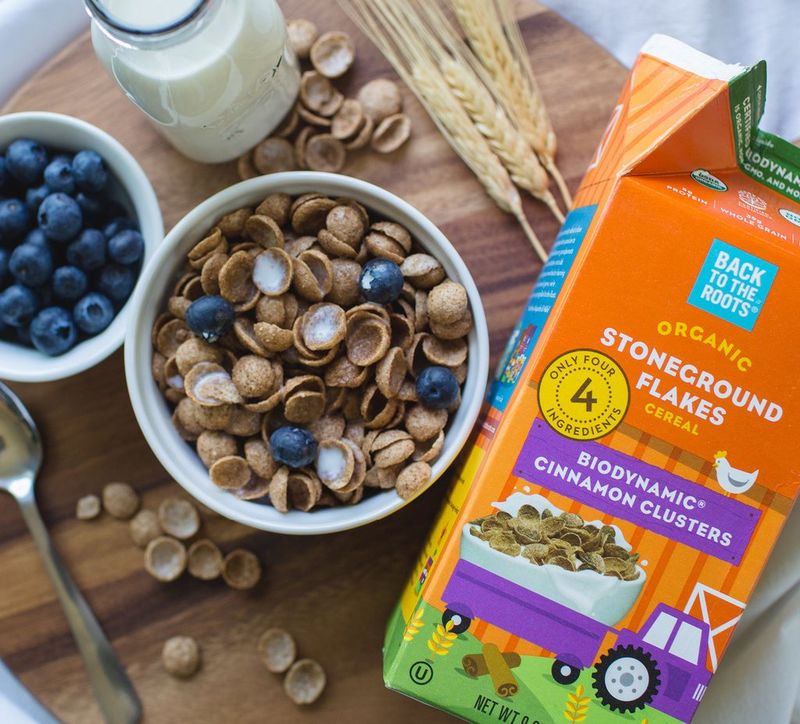 Back to the Roots' Cinnamon Clusters recognized as the nation's first Certified Biodynamic breakfast cereal, made with biodynamic ingredients like cane sugar from Paraguay and cinnamon from Sri Lanka. Like organic farming, biodynamic agriculture is an alternative way of growing crops in a way that puts an emphasis on creating a balanced ecosystem, encouraging biodiversity and composting on site.

Although it is usually milk that comes in a carton, this cinnamon breakfast cereal is packaged by the carton so that it can be easily poured, sealed and recycled, especially as an alternative to wasteful bag-in-the-box options.
4.4
Score
Popularity
Activity
Freshness
Get the 2021 Trend Report FREE