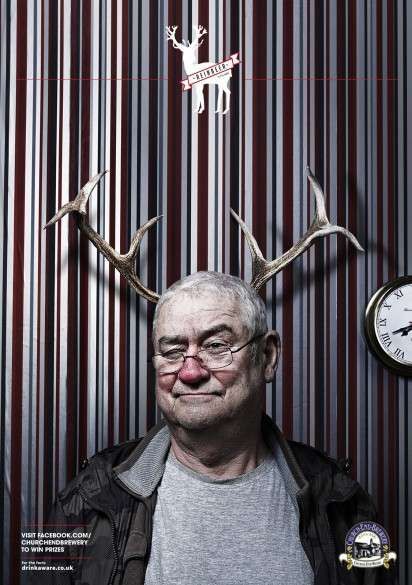 Meghan Young — December 19, 2011 — Marketing
References: rbh & ibelieveinadv
Share on Facebook Share on Twitter Share on LinkedIn Share on Pinterest
Just in time for the holidays, the Church End Brewery Reinbeer ad campaign has been launched. It adorably advertises the creation of a new festive ale that has been cleverly called Reinbeer. Since it is a "real ale with a festive twist," as the ad agency writes, it "features real ale drinkers with a festive twist –- as we catch them in front of some impressive pairs of antlers."

Conceived and executed by Rees Bradley Hepburn, an ad agency based in Birmingham, United Kingdom, the Church End Brewery Reinbeer ad campaign is clearly inspired by Rudolph the Red-Nosed Reindeer, complete with the red nose in addition to those impressive antlers. Although geared towards adults, these ads will surely be a hit with children as well as their beloved Christmas character is re-imagined in a hilarious way.
1.6
Score
Popularity
Activity
Freshness
Attend Future Festival