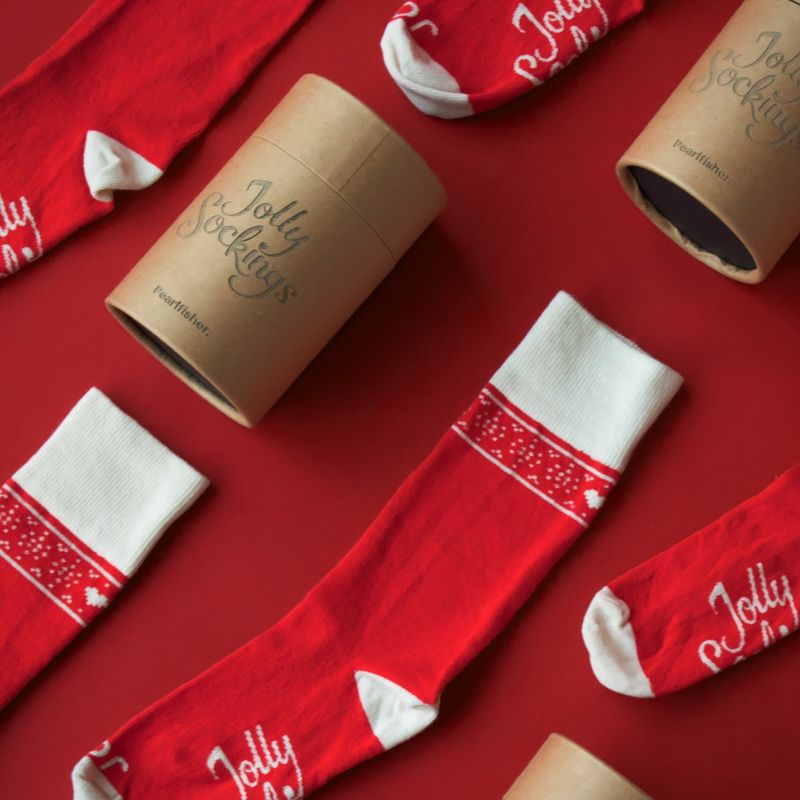 Laura McQuarrie — December 22, 2017 — Social Good
References: pearlfisher & packagingoftheworld
Share on Facebook Share on Twitter Share on LinkedIn Share on Pinterest
In place of making holiday stockings, creative agency Pearlfisher designed 'Jolly Sockings' to benefit the homeless, bringing awareness to the fact that socks are some of the most needed and least donated items. Just like a classic Christmas stocking, the Jolly Sockings are stuffed with a variety of gifts, but with a focus on practicality.

In partnership with The Bowery Mission in New York and Hamilton Families in San Francisco, Pearlfisher will be donating more than 1,000 socks and other essentials to those in need. Overseas, the Jolly Sockings will also be handed out at St Mungo’s in the UK and by The Salvation Army in Copenhagen. With such a great response so far from its charity partners, Pearlfisher notes that "We look forward to making Jolly Sockings an annual campaign whose reach gets even bigger and more impactful."
1.4
Score
Popularity
Activity
Freshness
Get Better and Faster