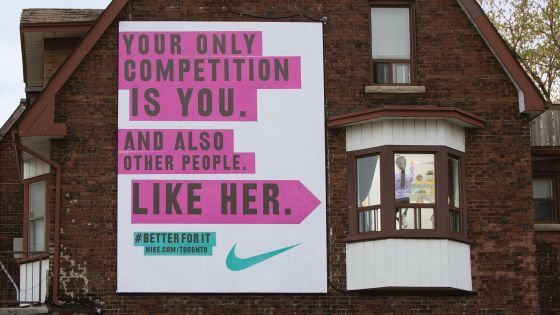 Nike's Billboard is Supported by a Robot Constantly Doing Chin-Ups

Laura McQuarrie — June 22, 2015 — Tech
References: nike & creativecriminals
Share on Facebook Share on Twitter Share on LinkedIn Share on Pinterest
In order to support a sporty billboard in the city, Nike created a window where a robot mannequin was continually performing chin-ups. The billboard advertised that "Your only competition is you, and also other people, like her." Although the thought of the training required to compete with a mannequin is daunting, this is a clever way to show that you too can perform like a machine.

While the billboard could have stood on its own, acknowledging that you are only standing in your own way, the inclusion of the machine performing push-ups inspires people to get to the same level of incredible fitness.

It's one thing to tell people to get active, but it's another thing to get people to put it into practice and have them believe they will be #BetterForIt, as Nike encourages.
6.2
Score
Popularity
Activity
Freshness
Access Advisory Services