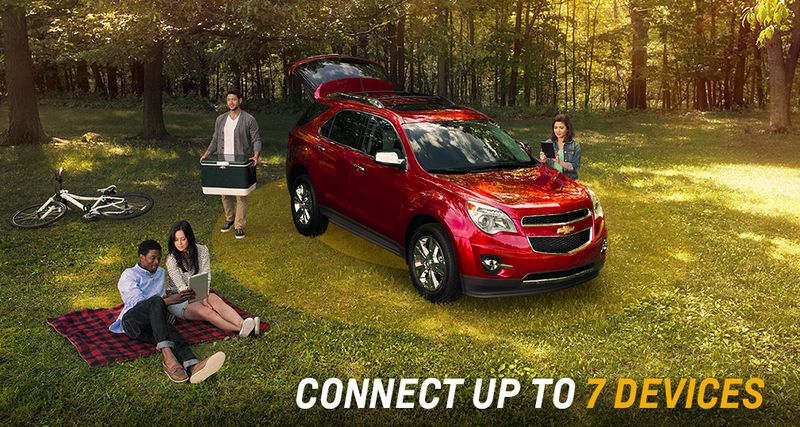 Rebecca Byers — October 22, 2015 — Autos
References: chevrolet
Share on Facebook Share on Twitter Share on LinkedIn Share on Pinterest
The Chevrolet 4G LTE program has seen the integration of the cutting edge Internet connection into its entire 2015 fleet. The car brand with the most 4G LTE-enabled vehicles, the Chevrolet fleet offers WiFi connectivity for up to seven passengers at a time and is part of the built-in OnStar system. Aimed at providing an upleveled in-car experience improved from that of a smartphone, the system is sure to win over WiFi-hungry millennials often looking for extra incentive and value if they were to consider a large purchase such as a car.

Chevy trucks that boast the 4G LTE system include the Silverado, Colorado, Suburban and Tahoe. It's also built into the Corvette, Equinox, Trax and Impala.

The Chevrolet 4G LTE integration can be seen as a move by the American automaker to engage millennial consumers, who are drawn to hyper-connected features that adapt to their on-the-go lifestyle.
2.5
Score
Popularity
Activity
Freshness
Get the 2021 Trend Report FREE