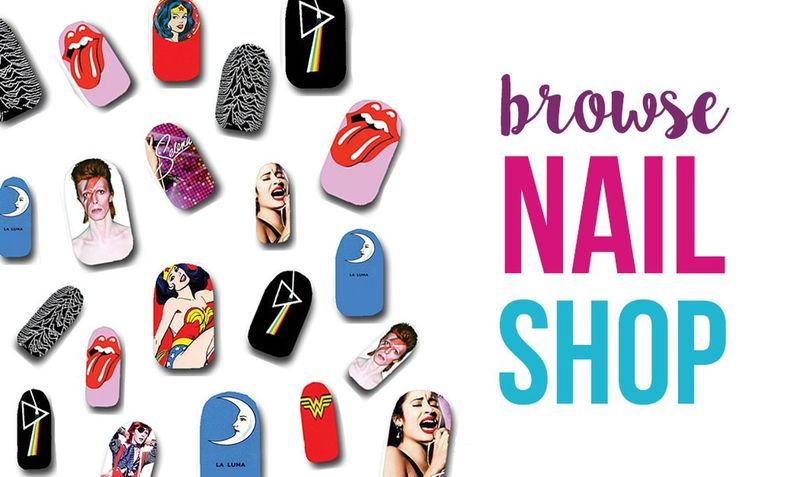 Joey Haar — November 24, 2017 — Art & Design
References: cha-cha-covers-2.myshopify
Share on Facebook Share on Twitter Share on LinkedIn Share on Pinterest
Likely in tandem with the rise of Instagram, nail art has been getting increasingly popular, and 'Cha Cha Covers' helps fashionable people to stay in line with the fad while also paying tribute to their heritage. The company sells intricate nail covers, most of which are patterned with references to Mexican (and Latino) culture.

Cha Cha Covers' products can be purchased in sets or in bundles. Sets include titles like 'Chili Queen Chile', a set of variously colored chili pepper decals, and 'Faces of Frida', which includes a few different designs depicting the famous Mexican artist. Bundles group together all the designs from within a theme in Cha Cha Covers' collection. These include things like the 'Mexican Treats Bundle', with many different Mexican drinks and parties, and the provocative 'Drug Lord Bundle', which has pictures of El Chapo and Pablo Escobar.
2.1
Score
Popularity
Activity
Freshness
Get the 2021 Trend Report FREE