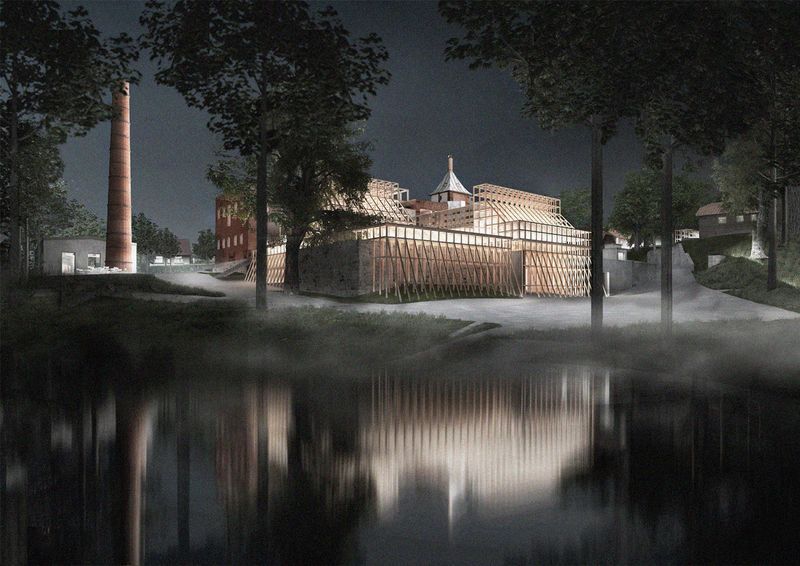 Joey Haar — July 27, 2016 — Art & Design
References: mailitis.lv & archdaily
Share on Facebook Share on Twitter Share on LinkedIn Share on Pinterest
The Cesis Beer Brewery, a large factory grounds in the town of Cesis, Latvia, has been completely unoccupied for 15 years, but was a bustling symbol of early industrialization and Latvian culture as far back as the 18th century. Once annually over the past 15 years, the brewery was opened to the public for the Cesis Art Festival, and now, with the help of architecture firm 'Mailitis AIIM,' the Cesis Beer Brewery will be transformed into a year-round art and science center.

Though Mailitis AIIM will keep the core building of the factory grounds in place, it will demolish some of the poorer condition buildings in order to both open up views and build new structures. According to design sketches and models, the firm is planning to use a lattice motif on the grounds. Using Cesis' historical buildings for modern cultural grounds shows the importance of merging cultural history with the cultural present.
1.8
Score
Popularity
Activity
Freshness
View Innovation Webinars

Reflective Concert Hallls
The 'Elbphilharmonie’ Has Over 1,000 Curved Glass Panels