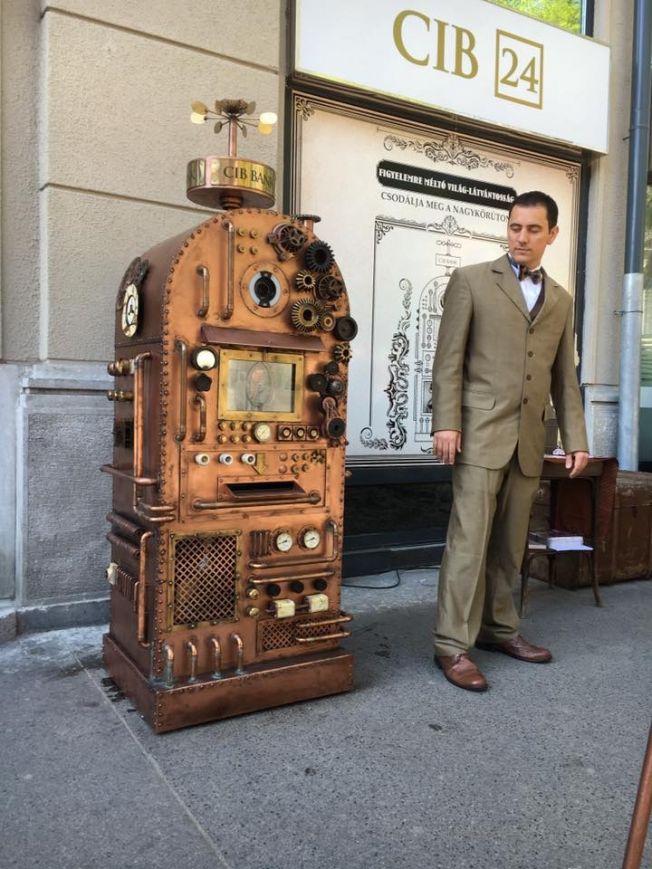 CIB Bank's 'Bankomat' is a Cash Machine Inspired by the 1800s

Laura McQuarrie — April 30, 2016 — Marketing
References: adweek
In order to celebrate the 120th anniversary of Budapest's Grand Boulevard neighborhood, CIB Bank stepped up to create a cash machine that looked as if it was centuries old.

The antique-inspired ATM machine is meant to transport people back to what Hungarian society looked like in the 1890s and runs on steam-powered machines. Rather than doling out real money, these showpiece machines were used to take pictures of people and use them to create customized bank notes on the spot. CIB Bank recently released its own mobile banking app, which offers a more up-to-date way to bank than this steampunk machine does.

On a larger scale, the city hosts the Budapest100 festival in order to spotlight building and local infrastructure that's more than a century old.
5.3
Score
Popularity
Activity
Freshness