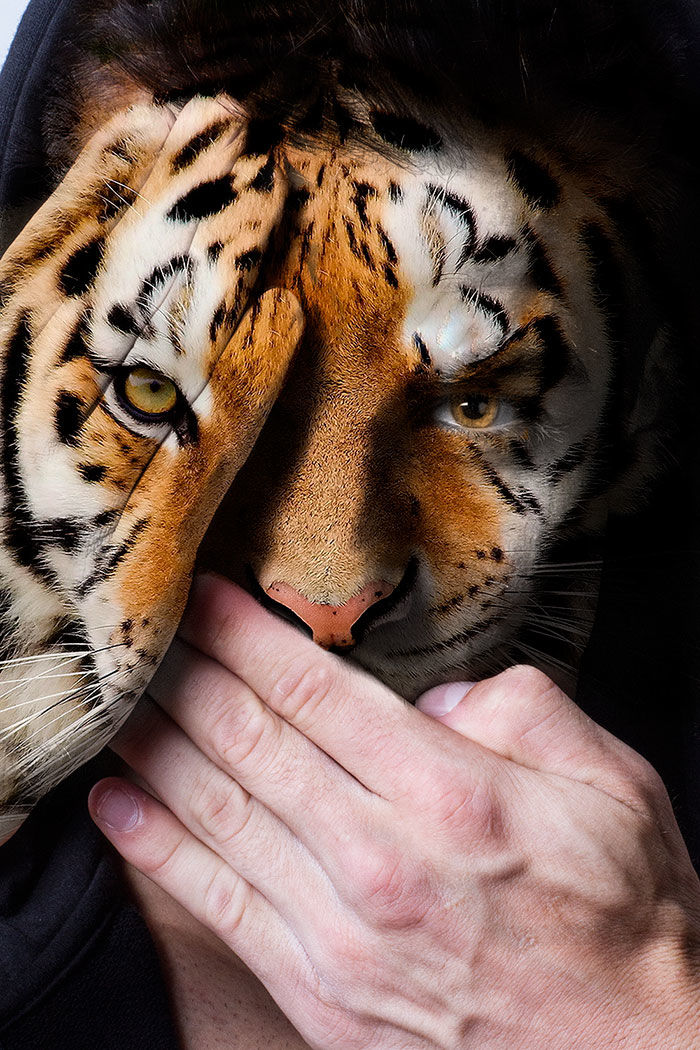 Katherine Pendrill — June 15, 2015 — Tech
References: kickstarter & boredpanda
Devin Mitchell's evocative new photo series called 'Faces of the Wild' explores the plight and suffering of captive animals. The artist was inspired to take the photos after he witnessed the unnatural and abnormal behaviors exhibited by wild animals that had been confined to cages. Through the series, Mitchell sought to communicate the pain and suffering that these animals experience when placed in unorthodox environments.

The Faces of the Wild series is composed of 100 photos, each of which features a human face made up to look like a different wild animal. In each portrait, the model holds up one of their hands over an eye and another hand over their mouth. The idea behind covering the model's eye and mouth was to communicate the fact that many of these captive animals suffer in silence. As Mitchell explains, "maybe this photo series will open up the eyes of those who don’t realize how primitive the life of a captive wild animal really is".
3.7
Score
Popularity
Activity
Freshness