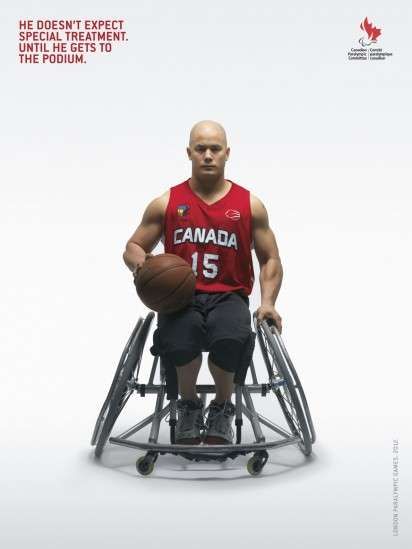 Meghan Young — July 2, 2011 — Marketing
References: paralympic & ibelieveinadv
Share on Facebook Share on Twitter Share on LinkedIn Share on Pinterest
You may find this year's Canadian Paralympics Committee ad campaign somewhat familiar. That is because it is essentially a recap and print version of last year's stirring commercial starring such athletes as Ray Grassi and Stephanie Dixon. Advertising our top competitors for the 2012 London Paralympic Games, it really doesn't prey on feelings of pity.

Instead, the Canadian Paralympics Committee ad campaign encourages us to root for these handicapped athletes as we would any athlete. Toronto-based ad agency BBDO drives this point home with taglines like, "She doesn’t want your sympathy. But her opponents might," and "He doesn’t expect special treatment. Until he gets to the podium." The portraits of these athletes just makes them look that much more intimidating, really riling us up to cheer loudly.
1.6
Score
Popularity
Activity
Freshness
Attend Future Festival