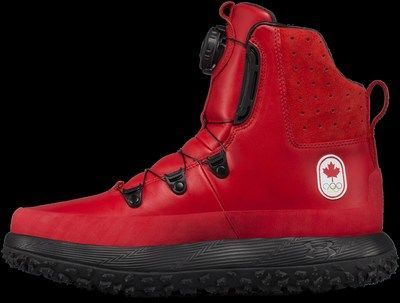 Under Armour Will Work Alongside the Canadian Olympic Committee

In addition to crafting the footwear that will be worn by Canadian athletes at the 2024 events, the company will also be releasing a number of limited edition iterations that make use of the patriotic red colorway and Team Canada's branding. As Business Insider reports, Team Canada will be outfitted with winter boots, training sneakers and runners, which are dubbed the 'The UA Govie Boot,' 'UA Ultimate Speed' and 'UA HOVR Phantom CT,' respectively.

Courtney Carlson, VP North America Marketing for Under Armour, spoke to the partnership by saying, "As Under Armour's first partnership with the Canadian Olympic Team, we are proud to support Team Canada's Olympic pursuit and provide state-of-the-art high performance footwear to the talented roster of athletes."
3.6
Score
Popularity
Activity
Freshness
Get Better and Faster