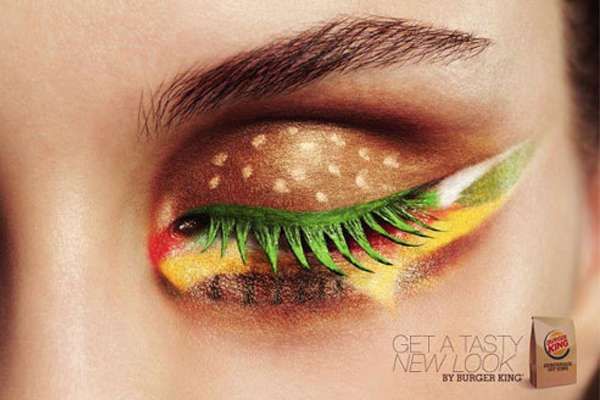 The eclectic display of brown, yellow, green and white-tinged eye make-up presents a new approach to public relations. Altogether depicting a sesame seed bun encasing pickles, onions and a charcoal beef patty, the Netherlands-approved scheme targets a beauty-savvy female audience, and especially those with a stake in the cosmetics sector.

The merger of a feminine enterprise with the Burger King name on behalf of the Netherlands corporation signifies a new promotion direction. As far as impact goes, these posters will not be overlooked by those who can appreciate the intricate design.