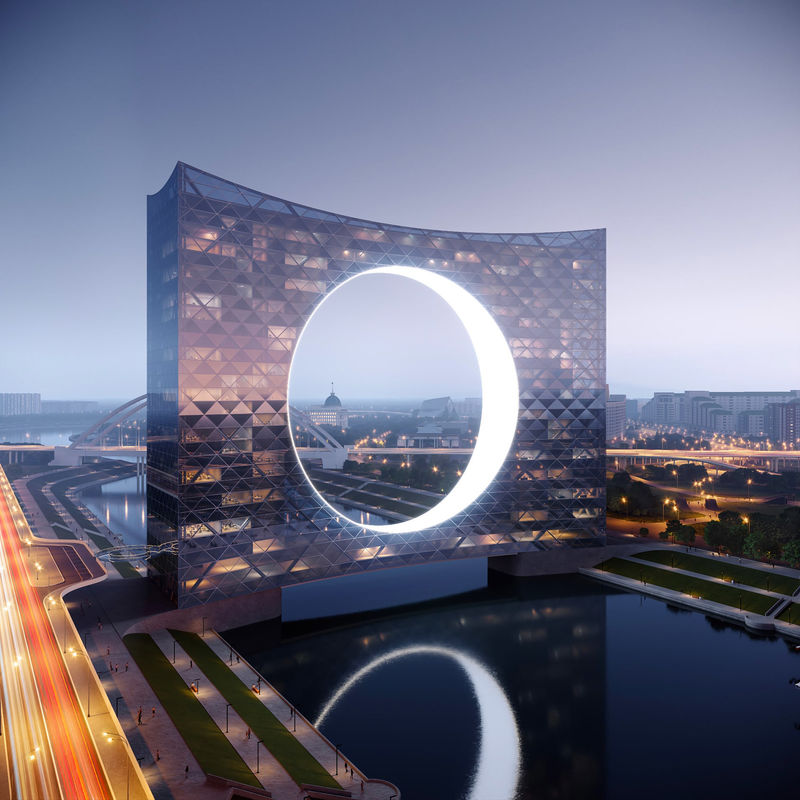 This Building in Kazakhstan is Developed by Fundamental Architects

The silhouette of the structure boasts a slick rectangular build that spans the width of the Ishim River in Nursultan. The proposal's key defining feature is the massive hole that is cut into the facade of the building. This design element is intended to pay tribute to the sun on Kazakhstan's flag, clearly appealing to a sense of nationalism. The concept has been appropriately dubbed by Fundamental Architects as 'Tower of the Sun.'

The firm's vision for a building in Kazakhstan is one of three being considered for the site near the Ak Orda Presidential Palace.

Drone-Supported Hospitals
According to Leo A Daly, Drones Will Benefit Hospitals in Disaster Areas