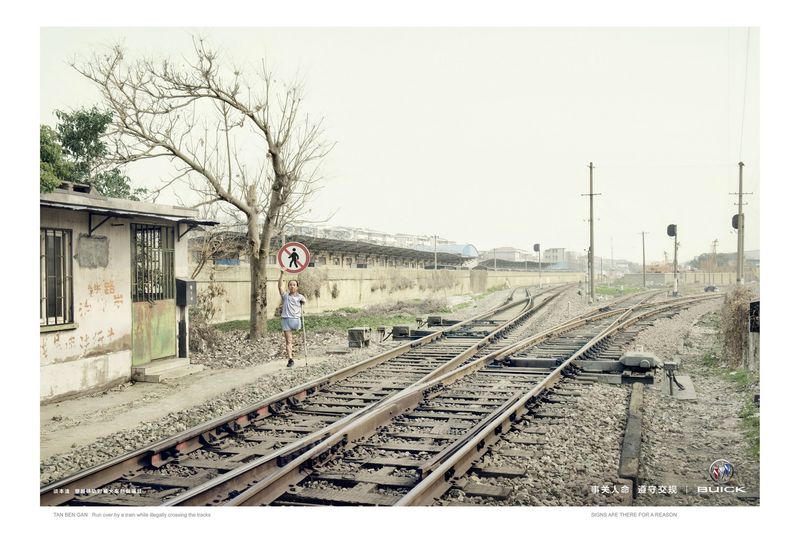 Meghan Young — June 21, 2014 — Autos
References: lowechina & adeevee
Share on Facebook Share on Twitter Share on LinkedIn Share on Pinterest
The Buick Street Signs ad campaign dramatically shows people why these traffic signs are in place. They are there not only for the safety of the drivers themselves, but also the pedestrians that surround them. To illustrate this, real life victims are captured holding up the signs that could have saved their limbs from permanent damage. Whether paralyzed or suffering a lost limb or a lost father, their presence is powerful.

Conceived and executed by Lowe, an ad agency based in Shanghai, China, the Buick Street Signs ad campaign was art directed by Zhenjiang Chen with creative direction by Qiang Zeng. The images were shot by photographer Yang Tan. Each victim stands out against their concrete backdrop, which makes their terrible ordeal all the more poignant.
2.2
Score
Popularity
Activity
Freshness
Get Trend Hunter Dashboard