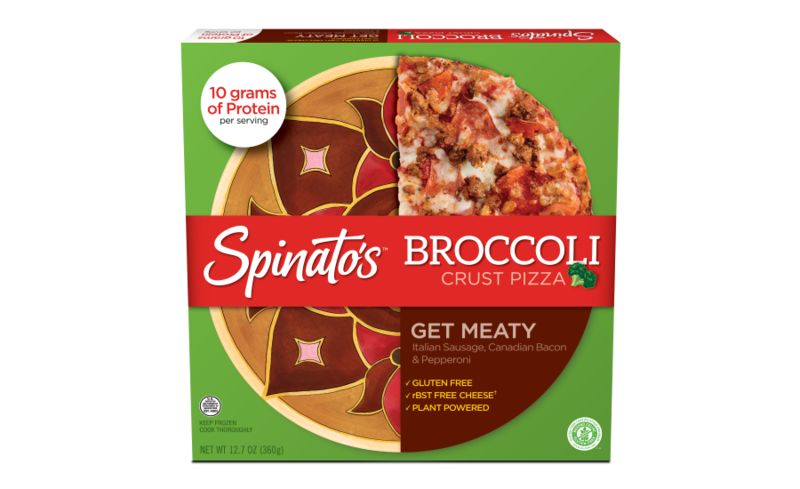 Michael Hemsworth — February 12, 2020 — Marketing
References: spinatos & snackandbakery
The Spinato’s Broccoli Crust Pizzas range is being expanded by the brand to offer consumers a few new ways to enjoy the healthier variant of frozen pizza. The pizzas will now come in the Uncured Pepperoni and the Get Meaty varieties, which are both naturally gluten-free and crafted with only the finest ingredients to ensure they meet the needs of discerning consumers. The pizzas now come in six flavor options to choose from and maintain a better nutritional profile when compared to conventional frozen pizzas.

The Spinato’s Broccoli Crust Pizzas range expansion was explained by Co-Founder and President of Spinato's Fine Foods Anthony Spinato who said, "We’re committed to “growing good” so we created our Broccoli Crust Pizzas to fill a void that we were seeing within the category. Consumers were burnt out on cauliflower-based products while gluten-free pizzas skimped on flavor and over-delivered on unhealthful ingredients. Knowing that the taste and nutritional benefits of broccoli far outweighs that of cauliflower, we decided to create a Broccoli Crust Pizza that would rival not only healthy pizza, but the entire frozen pizza category—and we succeeded.”
3.5
Score
Popularity
Activity
Freshness