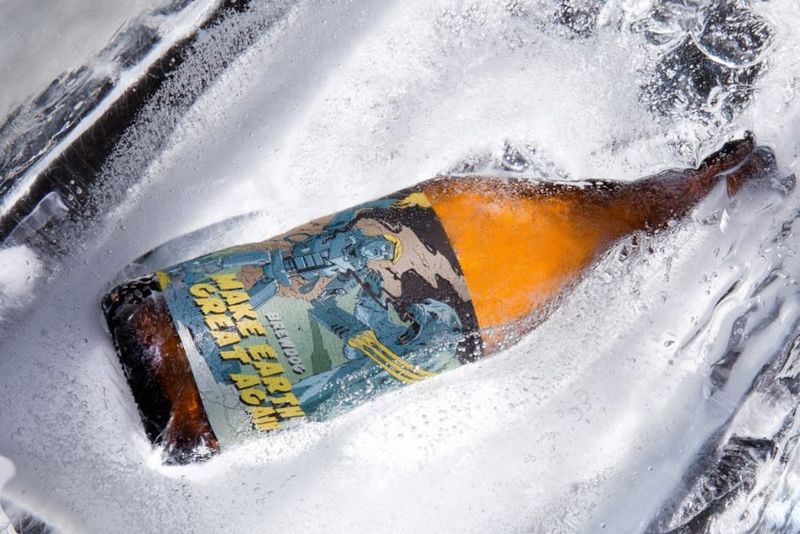 The beer's ingredients are made from components gathered from areas heavily impacted by climate change, such as using water sourced from the melting ice caps. The company boldly listed each ingredient on the label, next to an equally controversial illustration of President Donald Trump firing a laser at a polar bear. The beer, humorously named "Make Earth Great Again" was advertised alongside a hilarious promotional video which outlines the dangers of global warming, highlighting that it's the "biggest threat to our planet."

To make matters even more difficult to ignore, BrewDog will serve its climate change beer from a tap installed inside of a stuffed polar bear, which the company claims is one of the "biggest causalities of climate change."
2.8
Score
Popularity
Activity
Freshness
Attend Future Festival