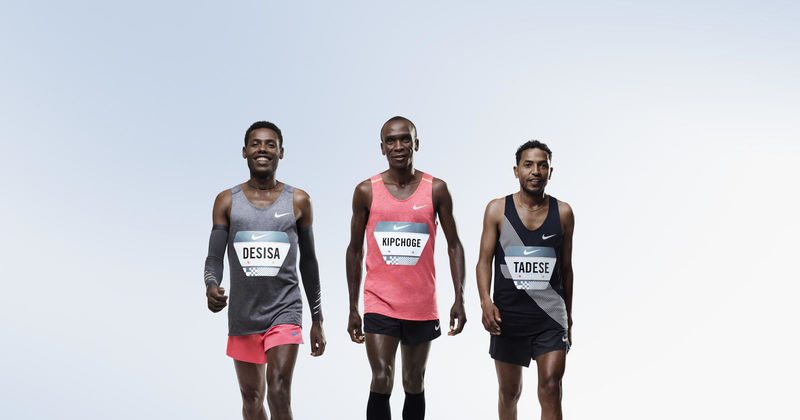 The Breaking2 Race's Athletes Plan to Finish in Under Two Hours

Joey Haar — May 6, 2017 — Lifestyle
References: news.nike & techcrunch
Share on Facebook Share on Twitter Share on LinkedIn Share on Pinterest
If everything goes right, the Breaking2 race will be an historic moment in the cannon of modern athletics. Thought up by Nike, the race is specifically designed such that its three professional runners will be able to finish in under two hours: a barrier that for decades has been thought totally unbreakable.

The history of running is littered with the fragments of broken barriers. Regardless of the distance, most times that were previously unthinkable have gone on to be beaten. Roger Bannister shocked the world by running a sub-four-minute mile and Jim Hines famously broke the 10-second 100 meter dash barrier to win Olympic gold, but the 2-hour marathon has always been the barrier that seemed permanently out of reach.

For some perspective: as it currently stands, the fastest ever marathon time was run by Dennis Kimetto in the 2014 Berlin Marathon, at 2:02:57. That seems mighty close to beating two hours, but then look at the next two closest records: 2:03:03 (Kenenisa Bekele at Berlin in 2016) and 2:03:05 (Eliud Kipchoge at London in 2016). Those three times, the fastest ever run, are separated by just eight seconds in total. In other words, the two minutes separating athletes from a sub-two-hour marathon are massive, but the Breaking2 run hopes to surmount them.
3.9
Score
Popularity
Activity
Freshness
Attend Future Festival