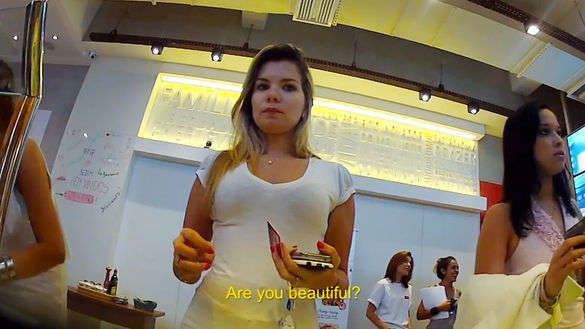 Meghan Young — May 31, 2013 — Marketing
References: artplan.br & fastcocreate
Share on Facebook Share on Twitter Share on LinkedIn Share on Pinterest
Earlier this year while the world acknowledged International Women's Day in various ways, Brazilian restaurant Spoleto decided to create a campaign that not only celebrated it but also helped to make a difference. In the same vein as Dove's 'Real Beauty' campaigns, it offered free meals to beautiful women. Of course, there's a clever catch.

Instead of relying on other people's subjective judgements, the Brazilian restaurant Spoleto asked the women themselves if they believed they were beautiful. If they said yes, they would get the free meal. Hence, it encouraged a boost in self-esteem.

Created by Rio-based agency Artplan, the Brazilian restaurant Spoleto saw a significant 35% increase in sales. Thus, it promoted positivity in various ways, not only when it came to feelings.
5.2
Score
Popularity
Activity
Freshness
Get the 2021 Trend Report FREE