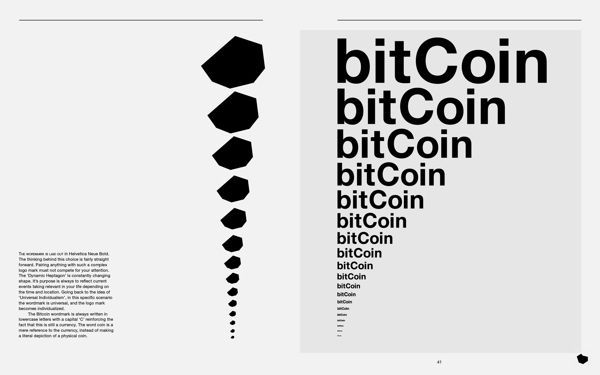 The rebranded 'bitCoin' focuses on two main elements: the use of an ever-morphing heptagon shape and the number seven, which holds significance in a lot of the world's cultures. There also happens to be seven continents in the world and seven letters in the word "Bitcoin" itself.

Like Bitcoins themselves, the idea of an ever-changing logo seems to push the limits of what's conventional at the moment. However, when it's in motion, Brenner's bitCoin identity is even more dynamic, which makes perfect sense, since computer and mobile screens are probably where you're most likely to see the icons anyway.
2.8
Score
Popularity
Activity
Freshness
Attend Future Festival