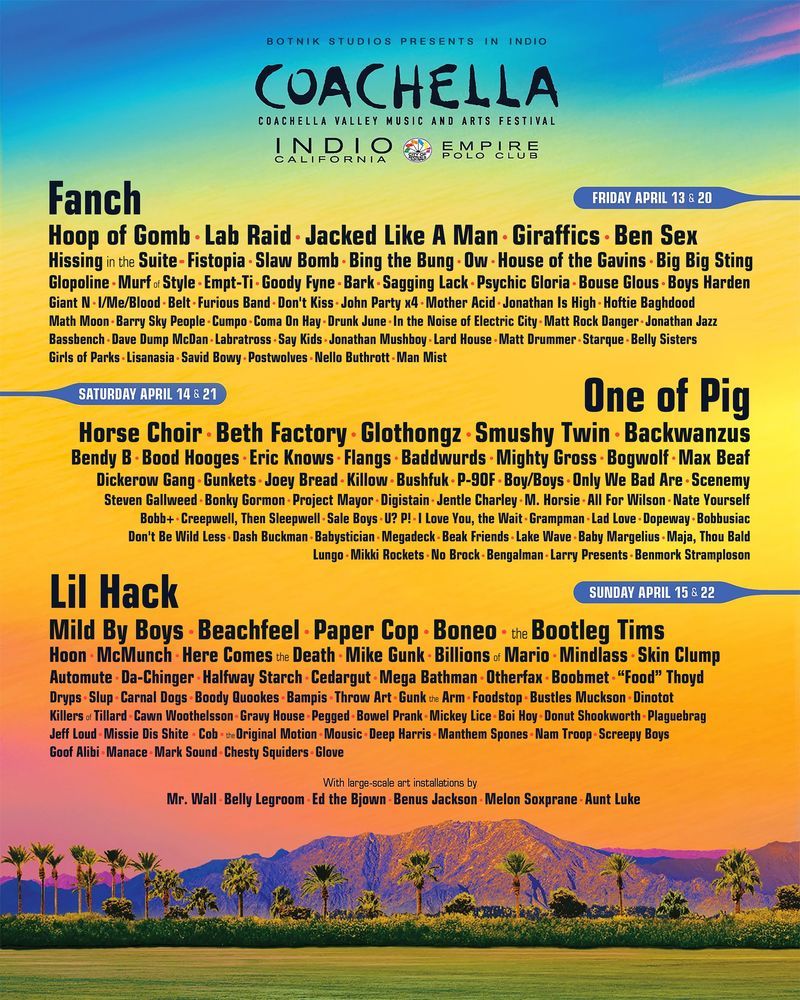 Joey Haar — January 25, 2018 — Tech
References: botnik.org & theverge
Share on Facebook Share on Twitter Share on LinkedIn Share on Pinterest
Neural networks have the potential to revolutionize artificial intelligence, but Botnik Studios' latest project is far from the harbinger of that paradigm shift in computer science. The playful community centered around artificial intelligence recently used a neural network to generate a series of fake band names in the style of a music festival lineup, using Coachella as its reference.

Directing a neural network toward generating fake Coachella bands might seem silly, but that's exactly Botnik Studio's point. The collective recognizes the power of neural networks, but it uses that power for entertainment in the hopes of spreading the concept.

Some of the highlights from the fake lineup list include "Jacked Like A Man", "Creepwell, Then Sleepwell", and "large scale art installations by Benus Jackson."
1.7
Score
Popularity
Activity
Freshness
Get the 2023 Trend Report FREE