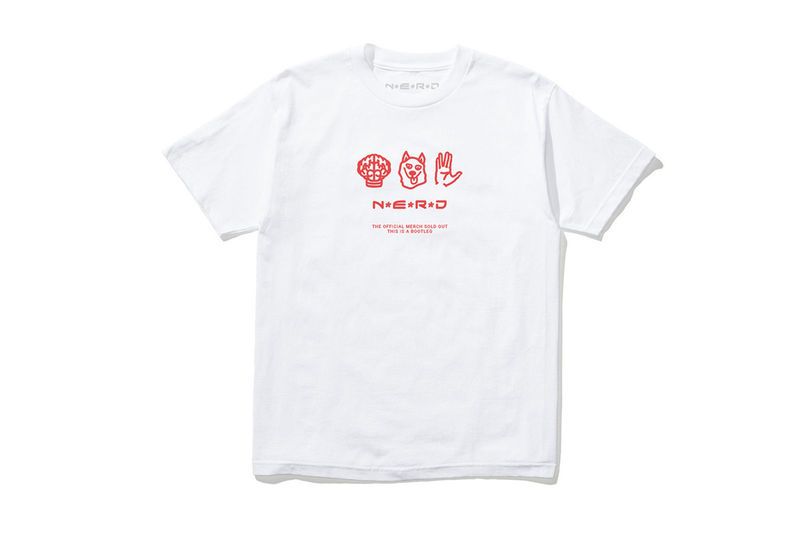 Riley von Niessen — November 17, 2017 — Fashion
References: bootlegnerd & highsnobiety
Share on Facebook Share on Twitter Share on LinkedIn Share on Pinterest
N*E*R*D, the funk rock group that recently joined back up to drop 'Lemon,' a hit song with Rihanna, has fans clamoring to get their hands on apparel that signifies their loyalty, which is why this new bootleg band tee was dropped.

The designer of the tee, Bootleg Nerd, is said to gave come up with the idea for the shirt after attending ComplexCon, where they were unable to get a hold of the official merchandise due to it quickly selling out.

The white tee is made of 100% cotton, and features minimal red graphics on the front of it. These graphics include the classic N*E*R*D logo, as well as three symbols above it. Beneath it all, the words "The official merch sold out. This is a bootleg." are included.
5.5
Score
Popularity
Activity
Freshness
Get Better and Faster