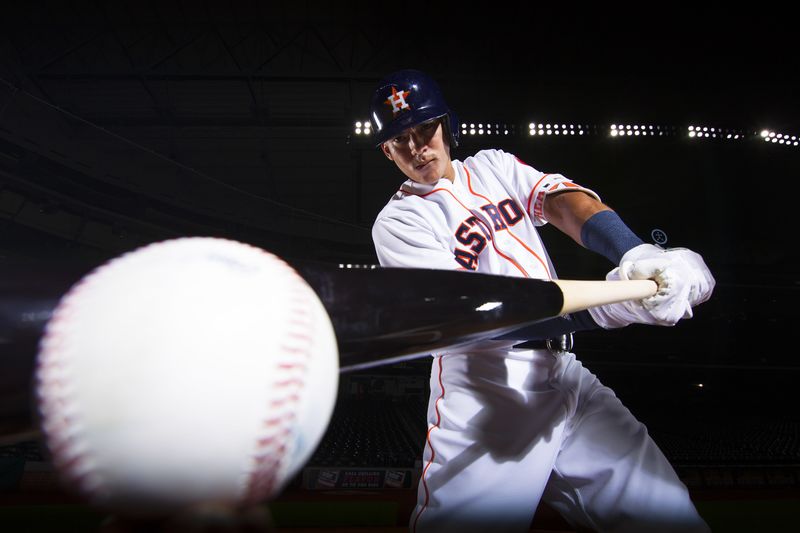 Joey Haar — July 14, 2017 — Lifestyle
References: blastmotion
Share on Facebook Share on Twitter Share on LinkedIn Share on Pinterest
Ever since former Oakland Athletics GM Billy Beane (and, later, Brad Pitt) ushered in the Moneyball era, professional baseball has been dead-set on maximizing efficiency through the use of analytics, and with the Blast Baseball swing analysis system, even amateur players can get pro-level data. The system, created by sports technology company Blast Motion, can provide granular, accurate metrics for players' swing mechanics, which is why Blast Motion has been the official bat sensor for the MLB since 2016.

The Blast Baseball system consists of both hardware and software. The physical device itself is a small sensor that attaches to the knob of any baseball bat via a form-fitting rubber cap. No bigger than one's thumb, players will hardly notice the sensor once it's affixed to their bat, but it can track a host of key advanced metrics like swing speed, bat path angle, time to contact, and more. The system's software can then keep track of this information, logging it in Blast Motion's app and tracking players' progress over time. And beyond raw numbers, Blast Baseball's Smart Video Capture technology lets coaches and players use their smartphones to record automated slow-motion footage so they can analyze their form in detail as well.

Blast Baseball's analytics are currently being used by teams in the MLB, including the league-leading Houston Astros. Carlos Correa, the team's young shortstop and a 2017 MLB All-Star Game starter, has nothing but praise for system, saying, "It helps me throughout the year to stay consistent with my swing and get better every single day."
2.4
Score
Popularity
Activity
Freshness
Get Trend Hunter Dashboard