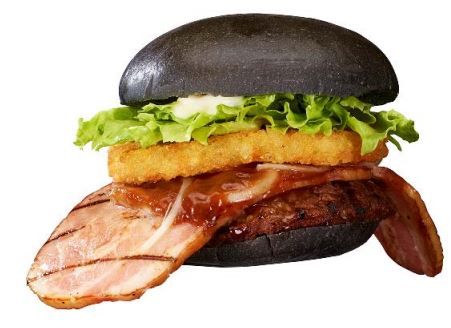 The Burger King Black Ninja Burger is a Japan Exclusive

Thomas Wade-West — October 21, 2013 — Lifestyle
References: thatsnerdalicious
Ninjas and fans of a black burger idea should head over to Burger King Japan for its Black Ninja Burger. This burger will be served by Japanese Burger King chains starting October 25th.

The Black Ninja burger consists of a traditional Whopper patty, hashed browns, lettuce, mayo, ketchup and a slab of bacon. Oh yeah, and the buns are black. These blacks buns were first made popular on last year’s Darth Vader burgers, which were sold in Europe by a French food chain named Quick.

Burger King has said the concept developed out of ideas of ninja costume. The sleek and stealthy burger is available near the end of this month and Burger King will be charging around seven bucks a piece.
3.4
Score
Popularity
Activity
Freshness