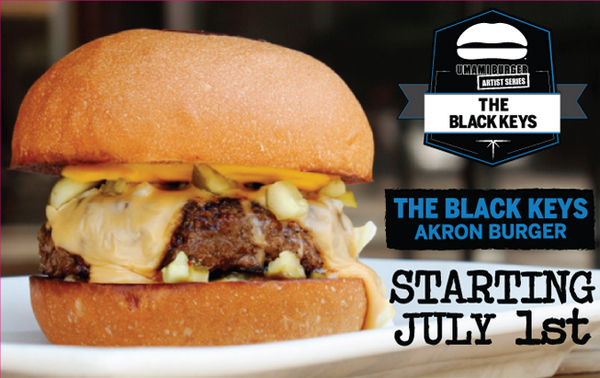 The band-inspired burger was created in homage to the band and its charity called The Black Keys Alfred McMoore Memorial Endowment Fund, which provides to people with mental illness. Also dubbed the Akron Burger in honor of the band's hometown, the burger features a beef patty, chopped onions, dill pickles doused in yellow mustard, Velveeta fondue and of course, a secret sauce -- because no gourmet burger would be complete without some sort of secrecy.