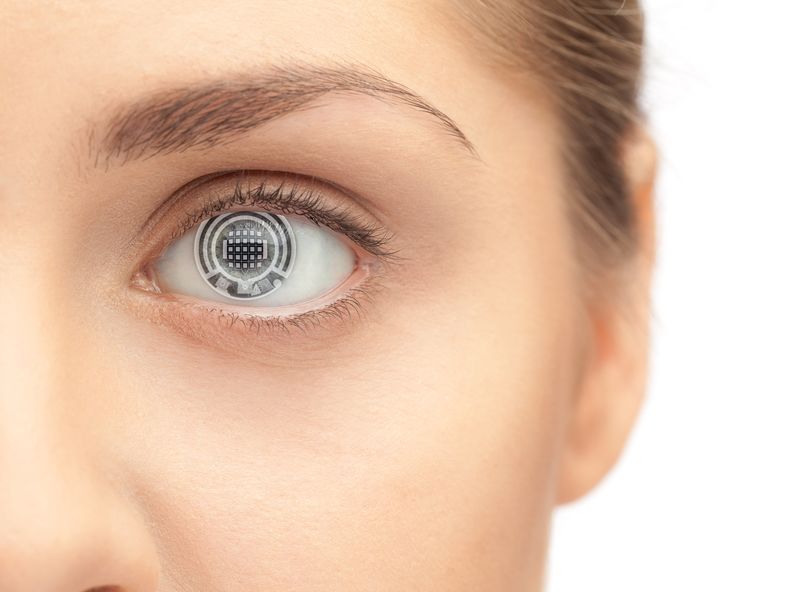 These Bio-Sensing Lenses Can Monitor Telltale Signs of Disease

Joey Haar — October 13, 2017 — Tech
References: acs.org & futuristicnews
Share on Facebook Share on Twitter Share on LinkedIn Share on Pinterest
They say that the eyes are the windows to the soul, but with the new bio-sensing lenses from researchers at Oregon State University, eyes can be the windows to the body as well. The technologically impressive contact lenses, which were conceived of by Gregory S. Herman, PhD, are completely transparent, but they use electrochemical components to monitor various metics like blood glucose levels — cutting out the need for even minimally invasive tests.

Herman's bio-sensing lenses use a newly invented compound composed of indium gallium zinc oxide (IGZO). The semiconductor was initially created for the world of media technology, being used for high-resolution displays on screens and improving touch sensitivity. The researchers repurposed the material in combination glucose oxidase to measure bodily glucose levels through tears (rather than blood). Eventually, the lenses will be able to transmit this data via Wi-Fi or Bluetooth.
5
Score
Popularity
Activity
Freshness
Jeremy Gutsche Keynote Speaker