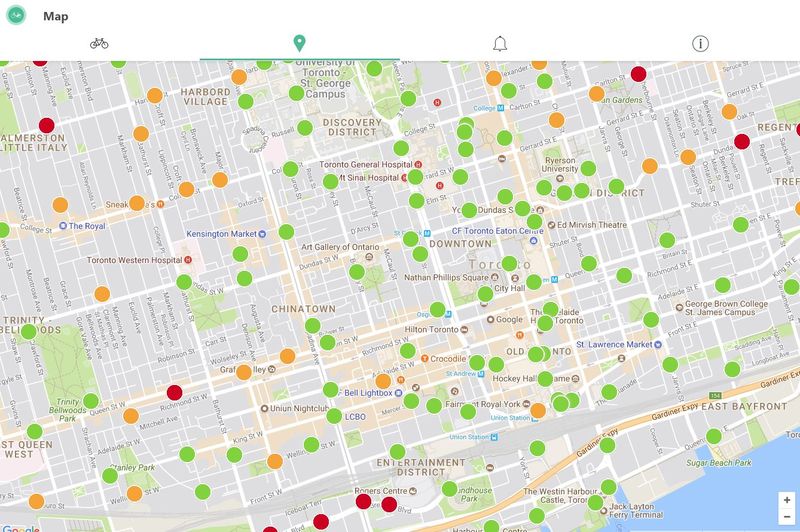 Joey Haar — November 28, 2017 — Autos
References: ride-app & producthunt
Bike-sharing schemes are becoming increasingly common in cities around the world, but not every city that offers such a service has an intuitive process in place for checking the availability of both bicycles and spaces for parking. 'Ride' is a new multi-city platform that handles that for anyone in a city with a bike-sharing scheme; it collects publicly available data provided by bike-sharing schemes and displays it in a simple UI that virtually anyone should be able to follow.

Ride is separated into two pages. One is a map, which is pulled straight from Google Maps, that has an overlay with circles. Those circles' colors correspond to the amount of bikes available, with green standing for more than three, oranges for one to three, and red for empty. The other page is a linear layout that shows each bike parking port and the numbers of bikes and spaces at them.
4
Score
Popularity
Activity
Freshness