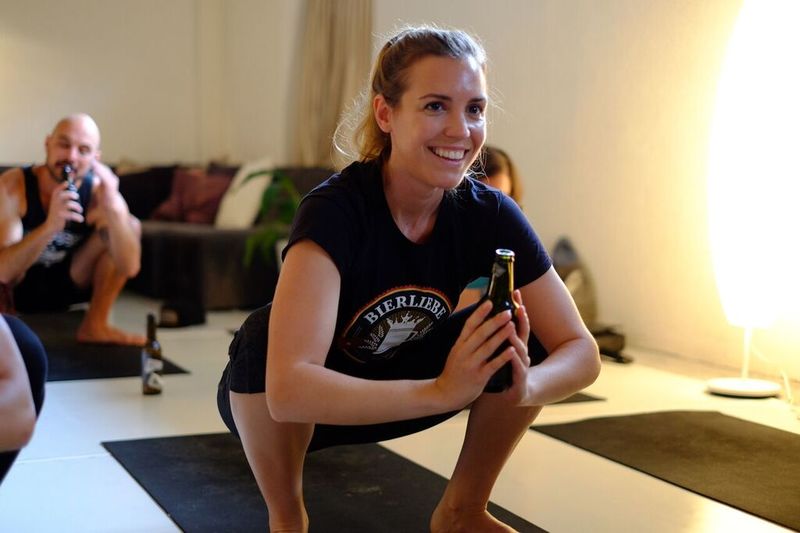 BierYoga Pairs the Philosophies of Craft Beer and Yoga

Joey Haar — January 23, 2017 — Lifestyle
References: bieryoga.de & cnet
Share on Facebook Share on Twitter Share on LinkedIn Share on Pinterest
For those who like yoga, or beer — or both — BierYoga is an ideal way to spend an afternoon. The class, which originated in Berlin and has since spread to cities all around the world, is a spiritual and physical pairing of beer and yoga that celebrates the joy of drinking beer and the mindfulness of yoga in a single setting.

Though beer and yoga ostensibly have little in common, the rise of the craft beer scene does overlap with the ideas of yoga to a certain degree. As with any carefully crafted, artisan product, craft beer requires not just intake but appreciation. Drinking craft beer encourages taking time to think about what makes that pint unique. Likewise, yoga encourages applying that level of consideration to all aspects of one's life, making BierYoga an apt combo.
4.1
Score
Popularity
Activity
Freshness
Get Better and Faster